skip to main | skip to sidebar

I found myself in the position a few months ago now where I needed a new lid. The one I had at the time had a large fixed peak and so was causing me a lot of neck pain whenever I rolled my kayak especially in hydraulics. I know allot of people don’t have a problem with the forces on their helmets however it seams to effect me quite allot so I thought it was best to cut my losses and move on. The only helmets I considered at the time were the FNA extra and the Sweet rocker… they both looked like awesome lids and I was keen to try them out. Unfortunately I couldn’t get my hands on an Extra to try it and the sweet rocker same in sizes either too big or too small to comfortably fit my head (the smaller size pinched the back of my scull quite painfully). Its worth mentioning however that I still think that they look like awesome lids its just they don’t fit me and as far as I’m concerned fit is the most important aspect of a helmet. 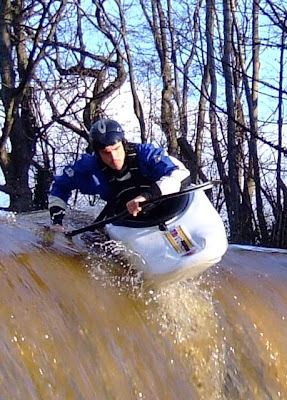 Thankfully my close friend and team mate Dan Hayworth (http://www.double2d.com/) had recently received his new Gath Gedi and he recommended that I take a look. I had always been aware of Gath due to my Dragorossi connections however as no one seamed to stock them in the UKI had never really considered it amongst my helmet choices. A demo was arranged and what impressed me strait away was the comfort… there is a good 10mm of padding and a adjustable comfort strip of softer foam that fits snugly on the lid. I now know that this not only provides a comfy and warm helmet but also provides super impact protection! I wore the lid for around 3 weeks before deciding to stick with it. I was amazingly happy with the fit and I was convinced that the lid wouldn’t move on my head (exposing my temples) during an impact like my previous helmet had done. The one thing that concerned me was how well it could take an impact? I didn’t know… and as I didn’t know anyone in the UK who wore one (other than Dan) there weren’t too many reviews out there to read… little did I know that the perfect test was just around the corner! 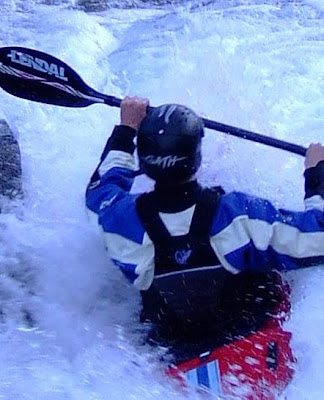 One swim on the infamous Fairy Glen on the river Conway proved to me beyond a doubt that the Gedi was pukka. I rolled and before coming out of my boat I took three huge hits on my head. Not only did the helmet stay in the same place without pushing back but I came away without any feelings of concussion… 2 months later in Yorkshire an errant hammer left me getting front looped strait into a concrete wall fast enough to chip a piece of the wall onto my spray deck. Although my neck hurt for days afterwards I again walked away from the incident without damaging my head. 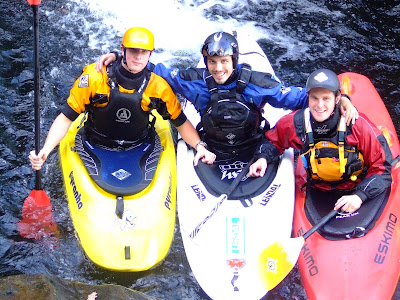 I’ve been convinced. So convinced that I’ve just ordered Jessie one! Wonderful lids and the quality of service I have received from them has been awesome.

The Visor does not shatter in a sharp impact – something that has been a concern on some of the internet forums.
The Attachment points of the visor (and soon the flexi-peak) are strong enough to take a hit. 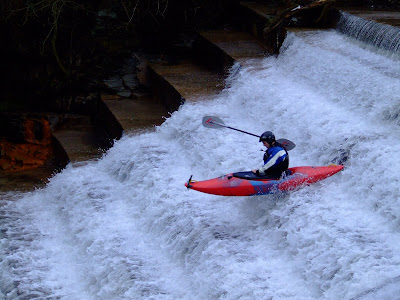 The Helmet does not move on the head! Although its just been hit with an axe and bounced across Corrans drive the helmet stays in position and DOES NOT MOVE. Remember that most people are killed not by the first but the second impact.

As a Quick note I am NOT sponsored by Gath in anyway. They have however provided me with fantastic service and in return I have tried to send them any good action shots of myself in my Gedi. I went out looking for a goodlid that could take a beating and I found one… I can happily say that this has been the safest helmet I have ever had the joy of using. 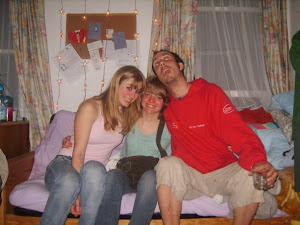